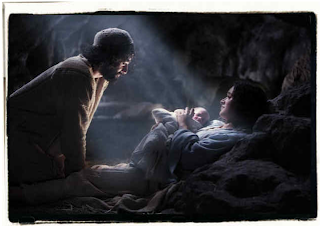 Most people have heard of the letter eight-year-old Virginia O’Hanlon sent to the New York Sun shortly before Christmas in 1897, asking if there really is a Santa Claus. Her letter found its way to Francis P. Church, an editorial writer, who responded with an editorial that has become famous.

In rereading Church’s editorial several years ago, it occurred to me that with minor adaptations it would make an excellent response to those who deny the reality of Jesus. So in this Christmas season I want to share with you my paraphrased version as a response to those who question whether Jesus ever really existed, and whether he, even today, wields power over humankind

Dear Christian, in this day and age when Christian belief is coming under increasing attack, be assured that those who insist that Jesus was not God’s only begotten Son, that, if he even existed, he was only a man like us who died and remained dead, are wrong. They have been affected by the skepticism of this skeptical age. They refuse to believe what they cannot see. They think nothing can exist that is not comprehensible by their small minds.

All minds, dear Christian, whether they be adults’ or children’s are little. In this great universe of ours, humans are mere insects, ants, in their intellect as compared with the boundless world about them, as measured by the intelligence of the One capable of grasping the whole of truth and knowledge—indeed, the One who created truth, justice, mercy, and love even as He created the universe and everything in it.

Yes, dear Christian, there is a Savior who lives as certainly as love and generosity and devotion exist, and you know that these qualities abound and give to your life its highest beauty and joy. Alas, how dreary would be the world if Jesus had not entered it, died for the sin of all humankind, and returned to the heavenly realms to reign over His vast domain. It would be equally dreary if no one still nurtured the wavering flame of faith. There would be no childlike faith then, no hope, no love to make tolerable this existence. We should have no enjoyment except in what we could perceive with our senses. The Eternal Light with which Jesus filled His world would be extinguished.

Not believe Jesus lives! You might as well not believe in angels, yet through the centuries multitudes have testified to entertaining these heavenly beings unawares, those who have received protection, healing, and guidance for lives spun out of control. If your eyes cannot perceive Jesus in this physical realm, what does that prove? Human eyes cannot see what is spiritual, but that does not prove the spiritual realm does not exist.

The most real things in the world are those that humans cannot see. Have you ever seen God’s angelic hosts surrounding you in times of trouble or danger? Of course not, but the proof of their presence resonates in your spirit and guides you through the danger to safety. Nobody can conceive or imagine all the wonders there are unseen and unseeable in the vast universe or even in our own small planet. You can tear apart a machine and see what makes it work, but there is a veil covering the unseen world that not the wisest man who ever lived can either remove or penetrate.

Only faith, hope, and love can push aside that curtain and view and describe the exquisite beauty and glory that lie beyond. Is it all real? Did Jesus really leave His heavenly kingdom to pitch his tents among us and reveal to us Almighty God? Ah, dear Christian, in all this world, there is nothing else so real and so abiding!

Jesus is not alive? Thank God! He lives and lives forever! A thousand years from now, nay 10 times 10,000 years from now, he will continue to reach down into our history and make glad the hearts of all who believe.