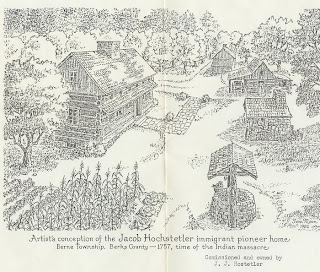 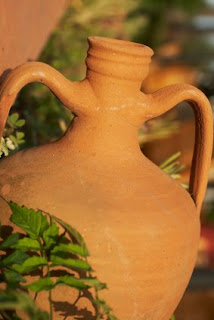 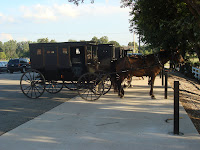 Recently I was privileged to present a seminar at the Fifth Quinquennial Hochstetler Family Gathering, held at Bethany Christian School in Goshen, Indiana, on Saturday, August 2, 2008.
This was the first time I’d attended the Gathering, which is hosted every five years by the Jacob Hochstetler Family Association. I've never heard of any families that have a formal organization, so I was kind of amazed when I discovered a few years ago that the Hochstetler family does. The focus of this organization is to promote the heritage of the large and diverse Hochstetler/Hostetler/Hochstedler clan.

I’ve only belonged to JHFA for a few years, so I’m still learning about the extent of the organization’s work and involvements, much of which revolves around genealogical and historical research. However, I’ve already found the quarterly newsletter, edited by Daniel E. Hochstetler, to be a veritable gold mine of helpful information in writing Northkill, the fictional version of our family’s seminal story. Of course, the foundations of my research are the two massive genealogical volumes The Descendents of Jacob Hochstetler (DJH) and The Descendents of Barbara Hochstedler and Christian Stutzman (DBH). Both contain early research done into the history of the immigrant Jacob Hochstetler and his family and include oral traditions and stories passed down from generation to generation. 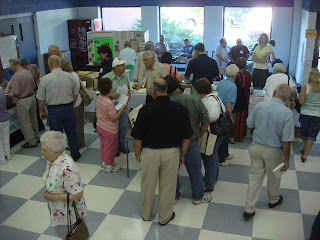 The Gathering started off on Friday evening at Fair Haven Amish Mennonite Church with a delicious catered dinner, followed by the singing of hymns in German and a presentation by Ervin Stutzman on his experiences in writing his published stories about his mother. The next morning offered a number of workshops related to the history of the 1737 immigrant Jacob Hochstetler, his wife and children, and their descendents as well as the opportunity to work with genealogists to trace individual family trees. 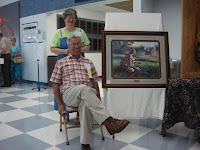 A business meeting of the JHFA and a general meeting followed lunch. A wide variety of research and genealogical books and other materials along with Hochstetler-themed items were available for purchase throughout the day, including prints of the famous painting by artist Sam McCausland of the Indian Tom Lions who was involved in the well-known massacre of several of our family members during the French and Indian War. 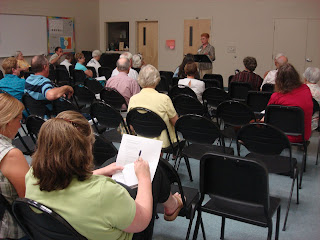 My presentation was on writing your family stories as historical fiction, and I decided to turn it into a dialog with participants. In addition to outlining the process of writing Northkill and sharing research materials, I was delighted to hear details of other family member’s work on writing their family stories.

During this day and a half event I became acquainted with relations from all branches of the Hochstetler family I’d never met before and engaged in numerous fascinating conversations. It was a wonderful time of fellowship and sharing our faith and heritage in the heart of Amish country. My husband and I are already looking forward to the next Gathering five years from now!