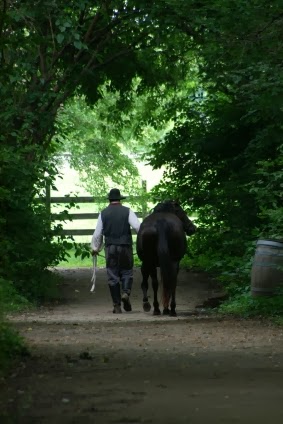 Who were the real members of the Northkill Amish Church? And who were the people in the larger community around them? Was it possible to find real names and information about these people such as their ages, when they arrived in this country, and the names and ages of wives and children, which appear less often in the historical record? These were questions I asked as I developed the list of secondary characters who would appear in Northkill. As much as possible I wanted to use the names of real people in our story rather than inventing fictional individuals to play certain roles. I wanted Jakob and Anna’s friends and the friends of their children to be people they would actually have known and attended church with.

This posed research challenges, of course. However, I was able to find a number of names from the period of our story in Descendents of Jacob Hochstetler, Virgil Miller’s Both Sides of the Ocean, and articles in the Jacob Hochstetler Family Association Newsletter. These invaluable resources included much helpful information. But finding details about individuals’ lives and the names and ages of children who might have been friends of our ancestors’ children proved to be difficult. Not knowing exactly where any of these people lived in relation to our ancestors’ plantation also made it difficult to figure out how often they interacted with each other in their day-to-day lives.

Another concern that arose early on was determining which of the many Germans who lived in this area of the Pennsylvania frontier in the mid 1700s were actually Amish. German names are common on ship’s lists and in other records, but just because their names were German didn’t mean that they were Amish. Many belonged to Reformed or Lutheran churches. We needed to be careful not to include the names of our ancestors’ non-Amish neighbors among their fellow church members. For one thing, many families have recorded genealogies, and it would be embarrassing to be caught portraying someone as Amish when, in fact, the person was a devout Lutheran.

Early Amish Land Grants in Berks County, Pennsylvania, turned out to be a serendipitous find. As soon as I got my hands on a copy, I realized that it was a treasure-trove of the exact information we needed. This book includes plats of the counties around Reading with significant Amish populations during the period of our story and shows the boundary lines of the plantations where Amish families settled. That enabled me to form an idea of the daily interactions between different families.

What makes this book a true gold mine, however, is the wealth of information recorded about each individual who warranted land at some point, including short histories of known facts about their lives and relationships and a record of the known names, birth, and death dates of wives and children. It also notes several who had some connection with the community but were likely not Amish.

Eureka! From that detailed information was born every Amish secondary character in the book. So in the story, when you read about Melchior and Rudy Detweiler, Hans Blanck, Benedict Lehman, and the rest of Jakob’s neighbors, you know that, although their personalities and descriptions are necessarily the result of speculation, these people really were our ancestors’ fellow church members and friends.

The majority of non-Amish characters portrayed in the book are also real people, such as Conrad Weiser and his son Samuel. Lieutenant Humphreys who is depicted as being in command at Fort Northkill actually commanded there. Even some of the Native American characters were real people, Shingas, for one. And in book 2 other Native American people of that period will appear as well.

For me, this is what makes reading and writing historical fiction tremendously engaging in spite of the effort required to research and write stories from a distant time. In upcoming posts, I’ll share more about how we went about authentically creating the world of the Northkill community.
Posted by J. M. Hochstetler at 1:10 PM