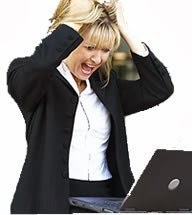 I’m currently doing the final edit on the Northkill draft, which means melding Bob’s edit with mine so we don’t end up with a patchwork of two different styles, voices, and sensibilities. Thankfully, having so many years of experience as a professional editor and historical fiction writer behind me makes things easier. With the holidays at hand and the hard deadline for ordering the proof barreling down on me at warp speed . . . well, let’s just say I’m a wee bit stressed.

A complicating factor is that I’m working with my illustrator, Jim Brown, at the same time to create the map that will go into the book. He’s a true professional and a pleasure to work with, btw. He’s created all of my maps, and I don’t know what I’d do without him. Map making can be an arduous process, however, especially when you’re recreating a true story from a long-ago period and are limited by extant maps and accounts. But serendipity netted us the perfect map to work from, as I shared in a previous post. Along with the maps of ancient Indian trails I found, it will allow us to recreate the route the survivors most likely took when they were carried into captivity. It’s going to be as accurate as it’s possible to make it.

On top of everything else, I still have to figure out what I want to include in the appendix. We have a rough draft, but that will undoubtedly have to be cut down. I’m compiling the glossary as I go along, which has been speeded by the existing appendices from my American Patriot Series, and that will be complete when I finish the final edit.

We are on track to release the print edition on March 1 and should have the e-book editions available early in February. I’ll include links for those here as soon as I have them. Meanwhile, the print edition can be preordered from Amazon, Christian Book Distributors, and Barnes and Noble. Or you can reserve a copy from me directly. Just leave a comment here with your email addy and I’ll get in touch with you.
Posted by J. M. Hochstetler at 6:00 AM